Although the exact alignment between Jupiter and Pluto did not culminate until yesterday, the two great gods in the sky have been approaching each other for the past few weeks. Jupiter is the King of the Gods and inspires expansive confidence and a righteous adherence to the belief systems which we hold dear.  I often get the feeling that Pluto laughs at the idea that Jupiter considers himself the King, since Pluto holds the key to life and death itself.  I suppose it’s because the father of Jupiter and Pluto, […]

The post The Jupiter/Pluto opposition in the news appeared first on Astrological Musings by Lynn Hayes.

END_OF_DOCUMENT_TOKEN_TO_BE_REPLACED

Bikram Choudhury is no stranger to controversy.  Founder of Bikram Yoga, the 26-posture sequence that is performed in an environment of at least 105 degrees, Choudhury has been involved in several copyright infringement lawsuits and sexual harassment complaints.  In a discipline that for thousands of years has embraced the wide sharing of knowledge, Choudhury’s attempt to claim ownership over yoga poses has been controversial even in the world of American yoga which is admittedly more material in nature than in its native India.  Choudhury first came to the US at […]

The post Bikram Choudhury, the Hot Yoga guru, is in Hot Water appeared first on Astrological Musings by Lynn Hayes.

END_OF_DOCUMENT_TOKEN_TO_BE_REPLACED

Before you panic, this is an occurrence that happens approximately every eleven years at the midpoint of the solar cycle.  We are currently in a “Solar Max” period, even though this has been a mild one. As humans we depend on the light of the Sun.  The astrological Sun feeds our vitality and quality of being, and when there is a solar storm or a coronal mass ejection we are affected here on earth.  Cosmic rays disrupt the electrical systems on earth, and as humans we are surrounded by an […]

The post The Sun’s magnetic field is about to flip appeared first on Astrological Musings by Lynn Hayes.

END_OF_DOCUMENT_TOKEN_TO_BE_REPLACED

The last couple of weeks have been marked with intensity and power, with the Grand Sextile/Star of David formation and the powerful opposition from Jupiter to Pluto. The next few days offer an opportunity for the heart to open as the Sun and Moon align in Leo, a kiss of magic to open up the heart.  The energy of Leo encourages us to return to the simplicity of childhood – to witness and find joy in the simplest things and retreat from the day to day problems that weigh down […]

The post New Moon in Leo – the Divine Child Comes Forth appeared first on Astrological Musings by Lynn Hayes.

END_OF_DOCUMENT_TOKEN_TO_BE_REPLACED

http://www.youtube.com/watch?v=wcHS59mQPPA Tina Malia’s voice and music is expansive and opens the heart and soul to the yearning for awakening and the hope that transformation is truly possible, for the planet and for all people. This video is of the beautiful song Heal this Land. In “Leading with Vision and Trust”  Warren Bennis writes: Why did India’s poor march to the sea with Gandhi against the salt tax? Because they trusted him. Trust is based on predictability: trusted leaders make themselves known and make their positions clear. Four leadership qualities together […]

The post We are the leaders now appeared first on Astrological Musings by Lynn Hayes.

END_OF_DOCUMENT_TOKEN_TO_BE_REPLACED

The August Planetary Illuminations are posted now and you can read them in their entirety here.  If you are on my mailing list (and if you’re not, scroll down on the sidebar and sign up!) you will receive your report translated into English in your email box. Meanwhile, here is the introduction to get you started: The month of August begins with the Star of David and Grand Sextile still in effect, though it is waning. You can read more about that configuration here, but it contained an alignment of […]

END_OF_DOCUMENT_TOKEN_TO_BE_REPLACED

Heidi Montag is a reality TV star who is best known for having had eleven plastic surgeries in one day at the age of 23. She is a self-confessed plastic surgery addict. Back in January I wrote about Heidi in the context of Saturn (challenges) in Libra (beauty). Heidi was a beautiful young girl who […]

END_OF_DOCUMENT_TOKEN_TO_BE_REPLACED

Get All The Latest Posts! 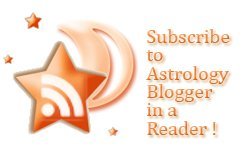 Want to be listed on Astrology Blogger? Send your request with a link to your blog to starrynightastro@aol.com.